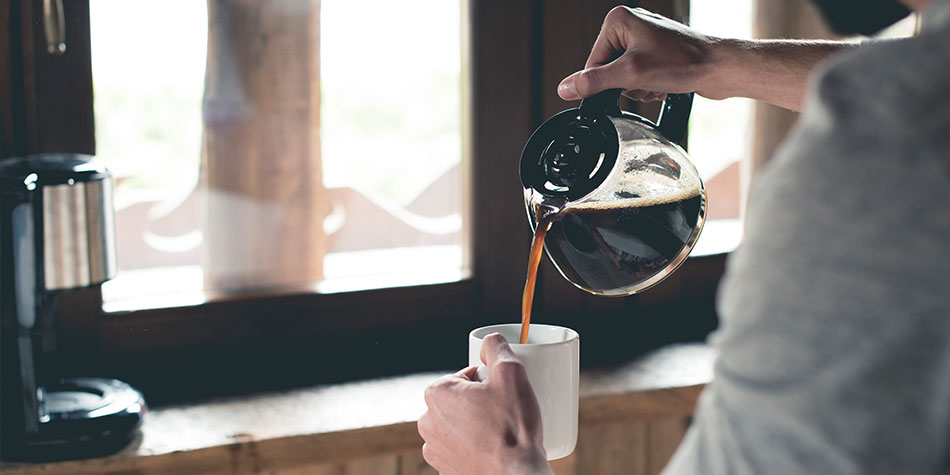 You hear a lot about what you should eat to keep your heart healthy: load up on fruits and veggies, get plenty of fiber and stay away from saturated and trans fats. But what should you drink—or not drink?

To make up for this, the heart is strained because it has to beat faster and work harder to pump blood throughout the body. How much water to drink is going to vary from person to person. Gauge your need for water by your urine—if it’s clear or straw-colored you’re doing fine, but if it’s dark then you need more.

People have been drinking tea for thousands of years. It’s not just a warm drink for a cold night (or an iced refreshment for a hot day). Tea is also full of heart-healthy compounds that help fight inflammation and cell damage. Black and green tea are associated with a lower risk of heart attack and stroke, and short-term studies suggest it’s good for your blood vessel health.

Coffee is one of the most widely-sipped beverages in the world, with approximately 2.25 billion cups consumed per day around the world. You might depend on it to start your day—or to keep going strong at 2pm—but did you know that it might also protect your heart?

A study of more than half a million people, published in July 2017 in Annals of Internal Medicine , saw an association between drinking coffee and a lower risk of death from cardiovascular disease. Just watch your caffeine consumption; you should be drinking less than 400 milligrams per day of caffeine,” he says. “That’s about two or three cups per day.”

Beetroot juice might an acquired taste, but it could be a good choice for your heart. That’s because it’s full of dietary nitrate, the benefits of which are intriguing but unproven. Researchers think nitrate may be used by your body to keep your blood vessels supple and flexible, which keeps your blood pressure low.

And, a small May 2017 study published in International Journal of Hypertension suggests that beetroot juice can ramp down the effects of the sympathetic nervous system—your body’s gas pedal, responsible for the flight-or-fight mechanism. That’s important because when your body is revved up, your heart goes into overdrive, beating faster, increasing blood pressure and constricting blood vessels. Over time, this could lead to hypertension and heart failure.

Soft drinks are really just sugar delivery systems. They’re chock-full of empty calories and can carry a whole day’s worth of added sugar in one bottle. A 2012 Circulation study of nearly 43,000 men found that participants who drank the most soda had a 20 percent higher risk of heart attack than participants who drank the least. Another study of nearly 90,000 women found that those who drank more than two servings a day of sweetened drinks like soda had a 40 percent greater risk of heart attack than women who rarely drank sugary drinks. Yet another large-scale study of men, this one published in 2015 in Heart , found that men who had two or more servings of sugary drinks had a 23 percent greater chance of heart failure than men who drank none.

We said caffeine can be heart-healthy in moderation, but energy drinks are not known for moderation. Caffeine content in energy drinks ranges from about 70 mg—less than a cup of coffee—all the way up to 300 mg.

In addition to the caffeine on the nutrition label, many energy drinks also have ingredients like guarana that contain caffeine, ingredients that enhance the effects of caffeine, or other stimulants. When you go beyond allotted caffeine levels it can be really detrimental. There are cases of kids with atrial fibrillation and high blood pressure, and older people having heart attacks due to high caffeine consumption.

Don’t Drink (Too Much): Alcohol

This one comes with a big caveat: Research suggests that moderate alcohol can be healthy and protective. The problem is, “moderate” is a lot less than you probably think: one to two drinks daily per men, and zero to one drink daily for women. Beyond that, it’s detrimental.

Remember that a serving size is 12 ounces of beer, 5 ounces of wine or 1.5 ounces of hard alcohol. Too much alcohol brings a whole host of problems, including heart trouble like high blood pressure, heart failure, stroke, arrhythmia and sudden death.

Reasons Your Heart Just Skipped a Beat and When...

September 6, 2019 by Ediva Zanker
Has your heart ever felt like it was fluttering, throbbing, pounding or skipping a beat? That feeling is called a heart palpitation.
Next Post
Back to blog home

Reasons Your Heart Just Skipped a Beat and When to Worry